Blog
You are here: Home1 / Blog2 / News3 / 15 Countries and Counting; Where Has the Omicron Marked Its Unwelcome Presence...

On Sunday, a South African doctor suspected a different coronavirus strain – later identified as now we can hear so commonly; Omicron. The symptoms attributed to this new variant are so far mild and it has always been reported that it can be treated at home.

Given the prevailing situation, Africa has been facing a travel ban from various countries, an action that its government has declared as “knee-jerk and unjustified”. Many countries have stopped their flights to that part of the world to prevent the widespread flow of the new variant; amongst those are countries are: Angola, Argentina, Australia, Brazil, Canada, China, Denmark, Egypt, Fiji, France, Germany, Greece, India, Indonesia, Ireland, Israel, Italy, Japan, Kuwait, Maldives, Malta, Netherlands, New Zealand, Oman, Pakistan, Philippines, Russia, Rwanda, Saudi Arabia, Singapore, Spain, Sri – Lanka, Thailand, Turkey, UAE, the United Kingdom and the United States. 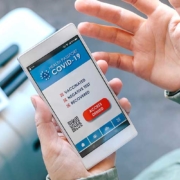 Covid-19: what is life like for expats?
Relocating during Covid-19: All You Need to Know ! 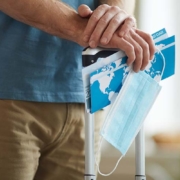 Trends driving change in airports and the airline industry
Another Variant? The Knowns and The Unknowns 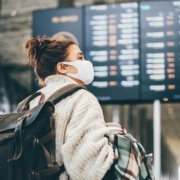 Travelling after Covid-19: how will things be?
Deltracon: yet another variant identified in Cyprus
0 replies